Nicolas Cage has been confirmed as a vampire

We have received breaking news about a confirmed case of Celebrity Vampirism. The top secret dossier contains two key pieces of information. The first is a photo proving without any question that Nicolas Cage is immortal. 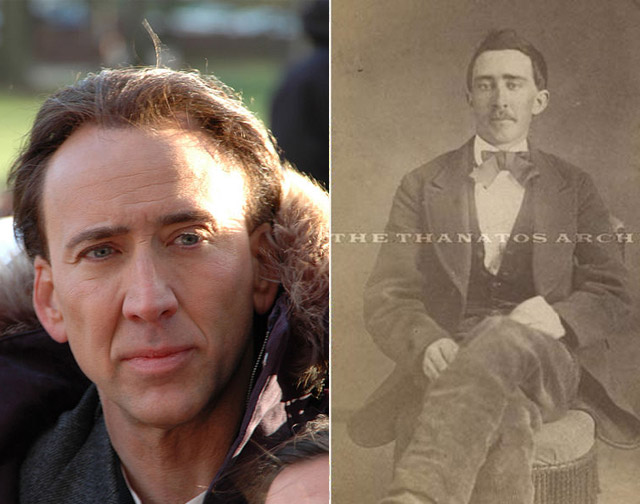 The photo is more than enough proof but the top secret dossier contains explosive testimony from another celebrity… who at the moment hasn’t been confirmed as a vampire… but we are looking into possible reports.

Yeah - Nic Cage came back one day on set, and he came down to set and he looked a little bit tired, a little bit - kind of like he’d been up all night. So I was like “hey Nic man, how you doing man” and he said “i’m alright’ and I said “You seem a little spooked out” and he said “Yeah man, I went up to Dracula’s castle…the ruins up in the mountains, and I stayed the night” and i said “What?! Why?” and he said “I just had to channel the energy, and it was pretty spooky up there.” We were shooting in Romania, Transylvania, and he just went up there to spend the night, as you do. And then he walked away. True story. - Idris Elba

new updates from the story posted.

Nicolas Cage admits to being a vampire